Source: Windows Central Those of us experienced in building PCs can take for granted how easy we find the whole process. Building a list, choosing the best processor and best graphics card for the build, buying the parts, and whipping it together like a giant Lego set. But if you’ve […]

Those of us experienced in building PCs can take for granted how easy we find the whole process. Building a list, choosing the best processor and best graphics card for the build, buying the parts, and whipping it together like a giant Lego set.

But if you’ve never done it before it can be a bit of a daunting prospect. And that isn’t made any easier by the availability issues we’ve been seeing on graphics cards especially. For a novice, the whole process can become overwhelming.

A good middle ground is a barebones PC, especially if you’re looking for something on a budget. With a barebones kit you get the motherboard, the case, sometimes even the processor, and cooling, leaving you with minimal parts to source. I recently (finally) picked up an ASRock DeskMini barebones PC to use with my much loved, but homeless AMD Ryzen 5 3400G, and I’ve been left convinced this is a perfect entry point to PC building.

What is the ASRock DeskMini?

The ASRock DeskMini is a barebones PC kit that provides the absolute bare essentials. You get the motherboard, a power supply, a cooler that you may or may not want to use, and a case. And true to the name, it’s definitely mini. This whole PC is about the same size as the be quiet! Dark Power 12 power supply I recently installed into my ATX desktop PC.

This thing is tiny.

Unlike something such as the Intel NUC, you’re left to your own devices when it comes to supplying a processor with the DeskMini, which has two advantages. One, flexibility to use what you want (within set parameters), and two, the price. The one I picked up is the first model, the A300, mostly because it was cheaper and perfectly suited to the Ryzen 5 3400G. There is an updated model, the X300, which comes with a compatible BIOS for the 4000 and 5000 series Ryzen APUs and some slight design changes, but it still maintains a pretty affordable price. There’s also an Intel version if you prefer, but if you’re building in one of these, it’s undeniable that AMD’s integrated graphics certainly make the Ryzen versions a more attractive proposition.

That’s exactly what I’ve gone for here. I bought the DeskMini to produce a tiny budget gaming PC ideally to use in the living room. It’s such a small unit it will fit in any entertainment center. With the optional wireless module, Bluetooth Xbox controllers are a breeze to pair up, but with multiple USB ports, even a USB-C, wired controllers, keyboards, and mice can all be hooked up at the same time.

There’s even a VESA mount in the box if you want to hide it behind a screen.

Building inside the ASRock DeskMini ASRock supplies the bare basics, including a cooler that’s apparently rated for a 65W CPU. It looks a bit weak, though, and it’s not the quietest, but it’s there if you need it. The cooler is the most troublesome area of building in the DeskMini purely down to the clearance. You can just squeeze in AMD’s Wraith Stealth cooler if you remove the shroud, but it’s a tight fit.

A better choice, and the one I’ve gone for, is the Noctua NH-L9a, a low-profile cooler that gives great performance, quiet operation, and importantly, zero issues with clearance. It’ll dominate the motherboard, but it fits like a dream.

You also need to supply storage and RAM to get a working system out of the DeskMini. Due to the size, you’ll be using SODIMM DDR4, the same as you might in a laptop, but there are two slots to use. You also have multiple choices for storage. The obvious is an NVMe SSD, albeit limited to PCIe 3.0, and I used a spare Samsung 960 EVO I had lying around. There’s also space on the rear of the tray for a 2.5-inch drive, with the necessary adapter cables included in the box to give you the opportunity for some serious storage. Putting it all together takes no time at all. There are four screws on the rear that release the interior tray, which when pulled out gives access to the motherboard on the front and rear, with a single connection hooking up the front panel. As standard you’ll have the AM4 clips in place for coolers, but if you’re using something like the Noctua NH-L9a you’ll be removing these. Fortunately, the motherboard is easily removable to provide access to the rear to attach a new backplate to attach a cooler to.

It’s a really neat little kit, though. Just pop all the pieces in, slide the tray back in, and you’re done. There is an optional wireless connection kit you can buy, which adds a little extra to the process, but it’s definitely worth it. The antennae screw into the back of the case, the module slots in beneath the m.2 SSD and there’s more than enough room to run the cables between the two.

When it’s all done, you’re left with a little box containing a surprising amount of power. Obviously, there’s only a single fan inside, but the top, side, and rear are all ventilated to allow heat to escape as best it can.

I’m not going to go into too much detail on the gaming performance, you can check out our Ryzen 5 3400G review for that, but it works every bit as I’d hoped at a fraction of the cost (and effort) of building a PC from scratch. Temperatures are a little higher, as would be expected, but the Noctua NH-L9a can handle it, and without making much noise to boot.

The use case for a little PC like this goes beyond just gaming, though that’s obviously what I’ve built it for. It would make a great office PC, especially VESA mounted to the rear of a monitor, or a perfect unit for the kids to do some schoolwork on and play a few games.

Specifically to a tiny living room gaming PC, Steam has a whole UI built in that is controller friendly and you can boot straight into this to avoid having to do any living room mouse and keyboarding. In the settings menu, dive into the interface tab and make sure you check the boxes to both run Steam when your computer starts up and to launch Steam straight into Big Picture mode.

The 3400G I’ve used is pretty potent, and the newest generation Ryzen APUs are even more so, but with a gaming PC in the house there’s also Steam Link for remote play.

I’ve toyed with buying an ASRock DeskMini for some time, but it’s always been a really appealing product. I love small PCs, and the idea of this much performance in something the size of a power supply is mind-blowing.

But all that aside it’s also a perfect example of how a good barebones PC kit can serve as an entry to PC building. This is one of the best of the bunch, because it affords lots of flexibility, the chance to use a full-fat desktop processor, and still have plenty of RAM and storage on hand. You can even customize it with an official RGB kit because RGB is everything.

AMD’s APUs are a really good idea for budget systems, and with a barebones ASRock DeskMini you’re getting a proper desktop PC you can put together, customize and upgrade, without breaking the bank or needing to spend hours looking at motherboards, PC cases, and the like. The ASRock DeskMini barebones PC provides an excellent entry point to building your own machine, perfect for learning the ropes and putting together a capable budget build for work or play.

We may earn a commission for purchases using our links. Learn more.

Kitaria Fables review in progress: An adorable but slow adventure

Kitaria Fables is undeniably charming and wildly adorable, but its attempt to marry action-RPG with elements of simulation RPGs like Stardew Valley results in a game that moves a little too slowly. Here’s our review in progress for Kitaria Fables.

Mon Aug 30 , 2021
Taliban fighters. Photo: Str/Xinhua via Getty Images After nearly 20 years, the U.S. presence in Afghanistan is about to come to an end. Taliban fighters have taken control of every major city in the country, the Afghan president has fled, and U.S. and Afghan personnel are quickly being evacuated under […] 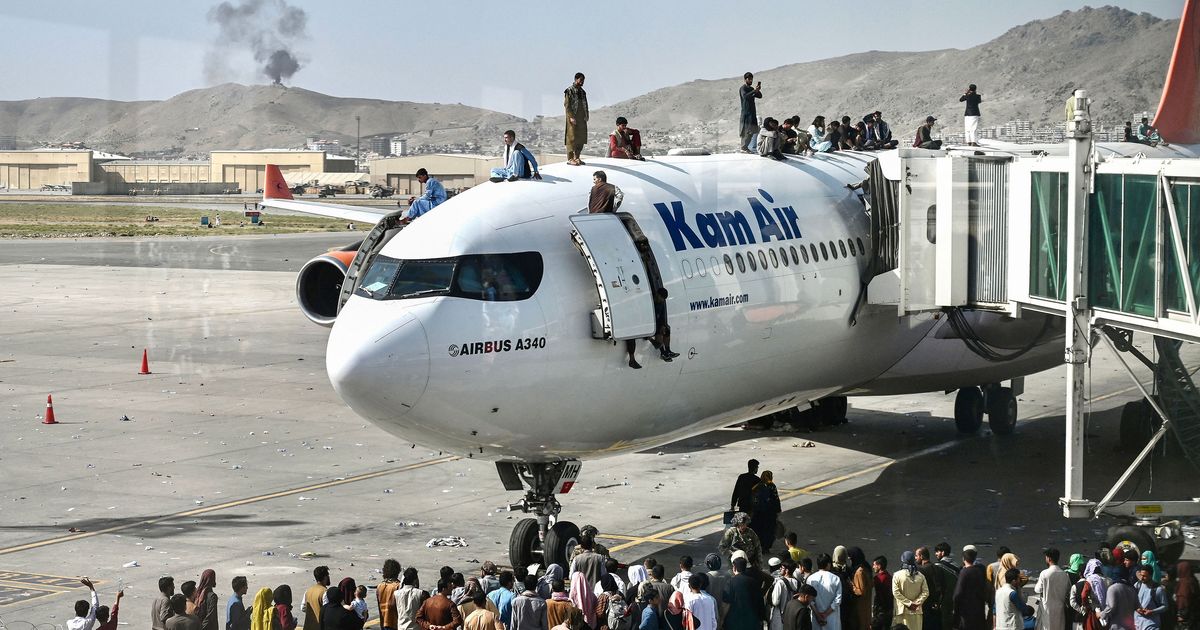