The S&P 500 hit another record on Tuesday and the Dow popped to brand new highs Wednesday following blowout first quarter earnings from Goldman Sachs GS. The big banks unofficially kicked off corporate earnings season Wednesday and results from Goldman and JPMorgan Chase JPM highlighted the trading boom and their […]

The S&P 500 hit another record on Tuesday and the Dow popped to brand new highs Wednesday following blowout first quarter earnings from Goldman Sachs GS. The big banks unofficially kicked off corporate earnings season Wednesday and results from Goldman and JPMorgan Chase JPM highlighted the trading boom and their outlooks paint a bullish picture for the rest of 2021.

Goldman and JPMorgan both reported record quarterly profit, driven by huge trading revenue. JPM also released billions of dollars it put aside last year when the coronavirus hit for potentially bad loans. “We expect the recovery to be robust in the second half of the year,” JPM CFO Jennifer Piepszak said on its earnings call Wednesday morning.

The strong performances lifted the overall first quarter earnings outlook for the S&P 500. The positivity might extend the cyclical trade that has seen finance, energy, construction, and other economically-sensitive areas surge since the election and the initial vaccine news (also read: A Positive Start to Q1 Earnings Season).

Along with big runs from the likes of Caterpillar CAT and countless others in the past six months, Wall Street has in the several weeks started to buy up beat-down or stagnant technology stocks, including Microsoft MSFT and many others. The Nasdaq now sits within around 2% of its mid-February records, with earnings results from heavy hitters due out in the coming weeks.

The continued bullishness comes as the vaccine rollout in the U.S. ramps up and the economy returns to closer to normal, as things open back up. This positivity and the massive coronavirus vaccine effort was highlighted further when Wall Street shrugged off the Johnson & Johnson news Tuesday.

The likelihood of 6% or higher GDP growth in the U.S., which would be the strongest in over 30 years, coupled with the economic reopening, pent-up demand, and historically low Treasury yields—despite the recent jump—means investors might want to add to their portfolios.

Micron is one of the largest makers of memory chips on the planet. DRAM chips are featured within PCs and data centers, while NAND, or flash memory, is made for storing data and are found in mobile phones and elsewhere.

The industry is prone to waves and is heavily impacted by pricing. MU’s sales had slipped for five straight periods, but it has bounced back over the past 12 months and it posted blowout Q2 FY21 results on March 31.

Plus, MU’s adjusted earnings are projected to soar 94% this year and another 99% in fiscal 2022. And Micron’s seriously improve bottom-line outlook helps it grab a Zacks Rank #1 (Strong Buy) right now, alongside a “B” grade for Momentum in our Style Scores system.

MU shares started to break out of their slump back in August and they have popped 75% in last six months to crush Nvidia’s NVDA 10% climb and its industry’s 24%. The stock closed regular hours Wednesday at $90.67 a share, after it hit new records earlier in the week. Even though it has soared recently, Micron is at neutral levels in terms of RSI at 50, giving it plenty more room to climb before it would be considered overbought.

In terms of valuation, the stock trades at a 15% discount to its own year-long highs in terms of forward sales and at a 50% discount when it comes to forward earnings. This is impressive considering that its stock just broke records. And Micron consistently trades at a discount to the Semiconductor industry, given the memory space’s commodity-like standing within chips.

Overall, 14 of the 21 brokerage recommendations Zacks has for Micron are “Strong Buys,” with none below a “Hold.” And investors might want to consider MU because it’s poised to benefit from the next-generation of game changing tech. “Micron in an excellent position to capitalize on the secular demand driven by AI and 5G, and to deliver new levels of user experience and innovation across the data center and intelligent edge,” CEO Sanjay Mehrotra in prepared remarks.

Adobe’s subscription-based software from Photoshop to InDesign are staples and standard-bearers in the creative and design fields. The company’s offerings are hard to replicate in a SaaS world that’s full of nearly identical platforms and services and its users include big businesses, schools, and individual consumers.

The company that created the PDF has expanded its business-focused roster into marketing, commerce, and more. More recently, ADBE in December completed its acquisition of Workfront, a leading work management platform for marketers. And it has introduced newer creative software offerings for the digital media age where high-quality content is paramount.

Adobe, like MU, already reported strong quarterly results, weeks before other giants such as Apple AAPL and Amazon AMZN start releasing their earnings. This provides investors more information to work with and removes some of the speculation from the equation. ADBE topped our Q1 FY21 estimates on March 23 and it provided solid guidance.

The company’s sales climbed over 26% to destroy our top-line estimate, posting record sales in creative cloud, document cloud, and experience cloud to do so. At the bottom end of the income statement, ADBE’s adjusted earnings climbed nearly 40% to top our bottom-line estimate by 13%.

Zacks estimates now call for Adobe’s FY21 revenue to jump 20% in FY21 to reach $15.43 billion and then pop 15% higher next year. These projections would extend ADBE’s streak of around 15% or stronger sales expansion to eight-straight years, a rather impressive run for a firm that went public in the mid-1980s.

Meanwhile, ADBE’s adjusted earnings are expected to climb by 18% and 15%, respectively. The company also boasts a strong history of quarterly earnings beats and its improved bottom-line outlook helps it earn a Zacks Rank #2 (Buy) right now. And 13 of the 15 broker recommendations Zacks has for Adobe are “Strong Buys.”

Even with these fundamentals, it might come as a surprise to some that ADBE outclimbed all of the so-called FAANG stocks over the last five years, up 440%. More recently, Adobe has climbed 50% in the last year to lag its industry.

Luckily, it has bounced back recently, up 21% since the Nasdaq fell into a correction on March 8 to double the market and it still sits just under its September 2020 highs. Adobe is also currently trading at a 17% discount to its own year-long highs in terms of forward sales.

In the end, investors might want to consider the stock as a long-term play for its steady revenue streams and relatively unique offerings that are often considered irreplaceable by its diverse customer base.

The biotech sector is projected to surge beyond $775 billion by 2024 as scientists develop treatments for thousands of diseases. They’re also finding ways to edit the human genome to literally erase our vulnerability to these diseases.

Zacks has just released Century of Biology: 7 Biotech Stocks to Buy Right Now to help investors profit from 7 stocks poised for outperformance. Our recent biotech recommendations have produced gains of +50%, +83% and +164% in as little as 2 months. The stocks in this report could perform even better.

Want the latest recommendations from Zacks Investment Research? Today, you can download 7 Best Stocks for the Next 30 Days. Click to get this free report

Fri Apr 23 , 2021
On what is traditionally one of the busiest dining-out days of the year, Twin Cities restaurants are offering both dine-in and takeout options for celebrating the moms in your life. WEST METRO Animales Barbeque Co. Front and center on chef/owner Jon Wipfli’s menu is pork shoulder coppa (“Hot off the […] 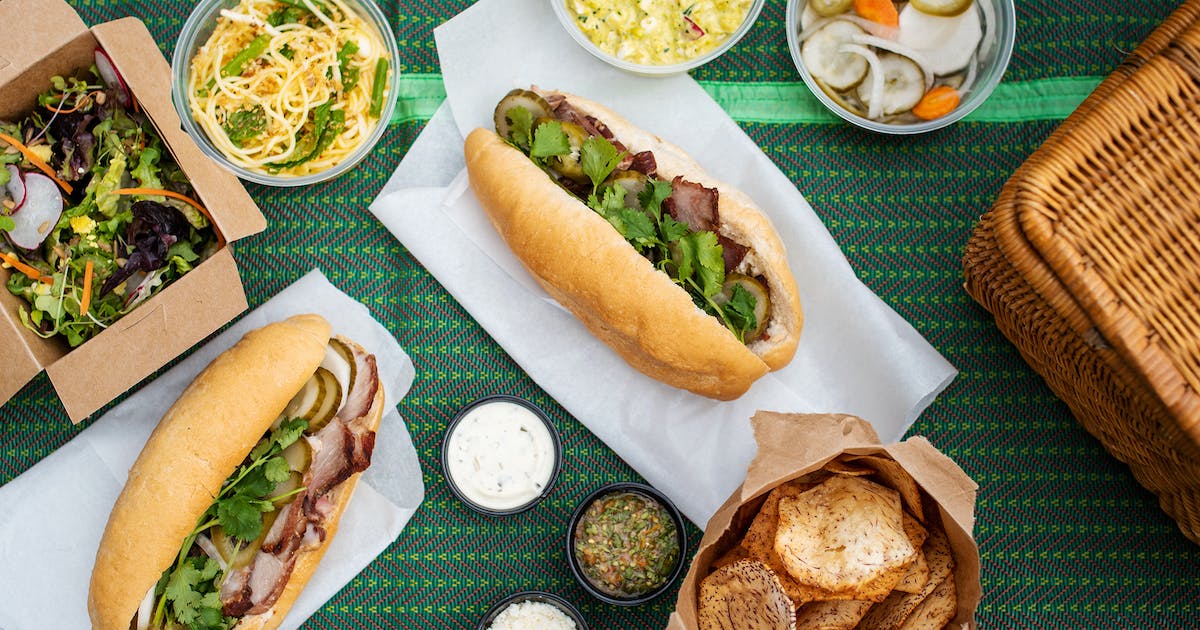