The long-running, action-packed Fast & Furious franchise is an extremely technically impressive beast. Even still, gaffes slip through the cracks and enter the final cut displayed on screens across the country. Some scenes are just too expensive to be shot over and over again. RELATED: Justin Lin’s 9 Best Movies, Ranked By […]

The long-running, action-packed Fast & Furious franchise is an extremely technically impressive beast. Even still, gaffes slip through the cracks and enter the final cut displayed on screens across the country. Some scenes are just too expensive to be shot over and over again.

This is equally applicable, if not more so, to the Fast franchise. Each film contains at least one major set-piece that’s just about rapidly edited enough for audiences to miss a goof. However, not all of these goofs occur in a major scene. Some gaffes can be found in even the smaller moments.

In The Fast and the Furious‘ climactic set-piece, Dom (Vin Diesel) is desperately trying to save Vince (Matt Schulze) from some mid-robbery shotgun blasts. Vince hangs to the side of the truck, with Dom matching the vehicle’s pace, sticking his arm out to grab the flailing man.

Some shots during this tightly edited, fast-paced scene reveal an individual with a long-sleeved black shirt operating Dom’s car. This is a stuntman, and his blink-and-you’ll-miss-it inclusion is really only noticeable due to its funny juxtaposition with the fact that Dom Toretto is almost always in a short-sleeved white shirt.

In 2 Fast 2 Furious, just after the initial race scene, Ludacris’ Tej approaches Brian in a group. In this group, there is a woman in a black and orange top. Once she approaches Brian in full, she looks directly at the camera (a major cinema faux pas).

Upon recognizing the presence of the camera, she swiftly backs away. The humor of the situation is buoyed because, once she does so, that’s when the camera zooms in. It’s a fun (and funny) little look into the difficulties of film production in one of 2 Fast 2 Furious‘ best scenes.

In The Fast and the Furious: Tokyo Drift, the lead character (Sean Boswell) is thrown from a building. During this very quick turn of events, Sean manages to change his clothes in a major way.

RELATED: 10 Behind The Scenes Facts About Fast & Furious: Tokyo Drift

Before being thrown from the building, Sean is wearing nothing but a towel. The next shot shows him slamming down to the pavement, now in a crisp white shirt and black dress pants. It’s a major gaffe and stands as one of the series’ most noticeable.

Fast Five is towards the top of most Fast & Furious rankings, but it’s not immune to gaffes. Even if it’s one of the best plans made by Dom’s crew, the vault scene has many gaffes. Chief among them is the state of Dom and Brian’s windows.

Had the characters just rolled down their windows, it wouldn’t have been obvious. As the scene stands, there’s an oscillation between pristine, rolled-up windows, and the toothy glass fragments. It happens enough times to be funny, but the scene is so fun and tense that the illusion never falters.

Luke Hobbs has a prominent goatee throughout the entirety of Fast & Furious 6. However, there’s one moment where the goatee disappears. There is a scene in the action-packed film where Hobbs is on his cellphone, relaying critical information to Ludacris’ Tej.

The audience is wrapped up in the words being spoken, but Dwayne Johnson is featured in a close-up. His face is bare, but that soon changes. In Hobbs’ next scene, the goatee is back on his face. It’s a humorous moment in one of Dwayne Johnson’s best movies.

Although Furious 7 was voted the most mistake-laden film of 2015 (according to The Independent), fans would still say the cast and crew did a good job with the movie overall.

RELATED: The 10 Best Movies That Dwayne “The Rock” Johnson Has Starred In (According To Metacritic)

However, if fans are curious about one of the continuity mistakes, they will be able to see how the building’s height changes size. When Deckard Shaw (Jason Statham) is within the DSS office, the audience sees clearly that he’s on the seventh floor. Then, upon exiting the building, it’s equally clear that the building only has four floors.

One of the Furious 7 trailer’s big moments was the explosion in the Toretto home. The force of the explosion is enough to send Paul Walker’s Brian flying backward through the air. However, that’s just about all the damage that occurs.

A force strong enough to pick up a full-grown man and hurl him towards a car is strong enough to cause damage to neighboring units. While it’s doubtful the force would damage a house across the street, the size of the explosion would easily have rattled the next-door neighbors’ windows to the point of breaking.

The eighth installment of the franchise, The Fate of the Furious, saw Dom turn against the family. Naturally, the family goes to him (to both find out what’s truly wrong and stop him from what he’s doing). To accomplish the latter, they attach grappling hooks to their respective vehicles.

In 2019’s fun spinoff, Fast & Furious Presents: Hobbs & Shaw, Deckard Shaw’s little sister is introduced to the audience. However, the juxtaposition of a flashback and the current unfolding narrative throw a wrench in the film’s timeline. In a flashback scene, the age difference between Deckard and Hattie Shaw is negligible.

However, the rest of the film shows a much greater disparity between their ages. In reality, actors Jason Statham and Vanessa Kirby have a 21-year age difference.

A glaring error that can be seen in F9 is the fact that the audience can see several extras reappear in the scene more than once. This occurs when Letty and Mia eat and chat in Tokyo (prior to the resurgence of Han).

Humorously enough, the scene is supposed to make the viewer think that the two characters are being watched. Plenty of people pass the two as they eat, but one couple does so twice. The intimate staging of the scene makes the reappearance of the extras even more noticeable.

NEXT: Every Character In F9 Ranked By How Heroic They Are


Next
8 Things That Happen In Every Ryan Reynolds Movie

Ben Hathaway is a TV/movie list writer for Screen Rant. A former Therapeutic Day Treatment counselor, Ben is now a career writer. When not working, he is writing and self-publishing (on Amazon) novels under the name Scott Gray. In his spare time, he’s reading on the porch or watching every film under the sun. Ben can be contacted at [email protected]

Get-togethers offer housing guarantees to attraction to the North

Fri Aug 27 , 2021
NDP pledges $5,000 to renting families, Conservative says Nunavut has been disregarded, Liberal points to party’s track document One of the initially challenges to get traction in the federal election is 1 pertinent to Nunavut: housing. Final weekend NDP Chief Jagmeet Singh declared his social gathering would give up to […] 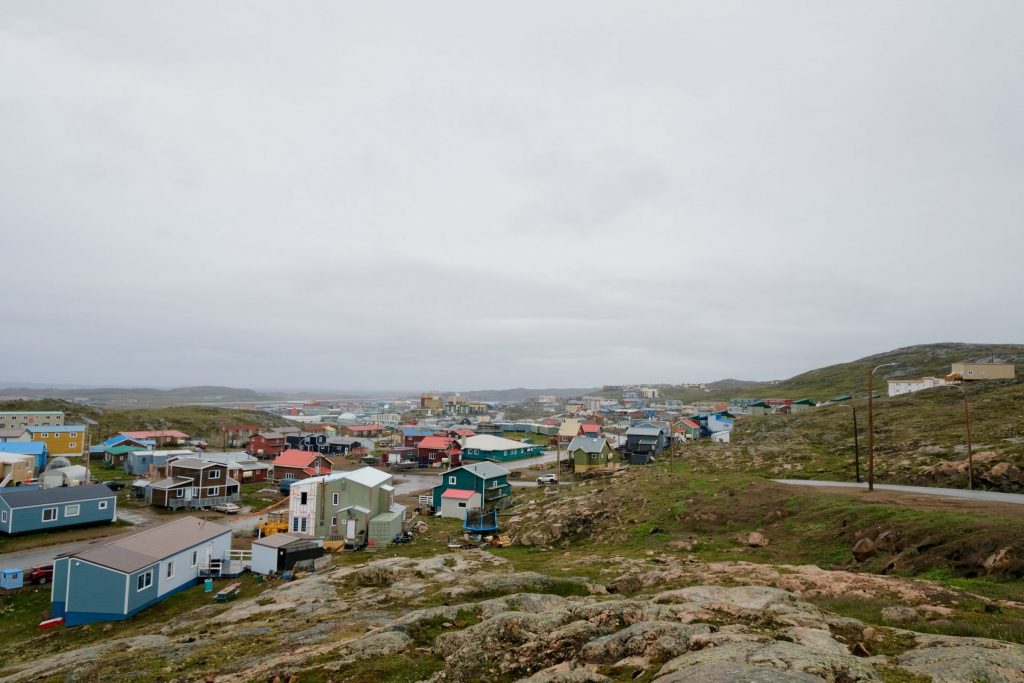